Welcome to our blog series: Meet the Team, where we will introduce you to the minds behind Command Prompt. This month we are talking with Justin Graf, DBA.

I started in March 2020, but I’d known about Command Prompt since 2004/05. At the time I was looking for a new ERP/MRP package for the company that I was working for as the one we bought for the Y2K Bug wasn’t working out. It required too many people to keep touching things, there were a lot of repetitive steps, and there was no way to automate tasks. I knew a little bit about Postgres but everything I had read said that it was still an immature database and to use MySQL. But MySQL had way too many issues with data types - it would do all kinds of interesting things like autocast and make data disappear. It treated Nulls pretty weird - all bad things for a DBA type person, so I ran into it with xTuple. I ran back into Postgres when I started using that.

I was doing some benchmarking and the Postgres community noticed me when I posted on Channel9 on Microsoft, and the community goes, well who’s this yahoo, and I piped up and was like, I’m the yahoo! That’s when I met Greg Smith and JD (Command Prompt’s founder).

Eventually I went to a company that did non-destructive test equipment - I did their ERP/MRP rollout and custom programming, but I got bored. It was when I had just started to look for another job that Command Prompt put a posting out there. I jumped on it, they liked me, and so here I am six months later.

What’s something you wish more people understood about Postgres?

In terms of databases as a whole, I wish more people understood relational algebra. Relational algebra is the base theory of all relational database models - doesn’t matter if it’s SQL, MySQL, Postgres, or Oracle. It’s a theory that was created in the 1970s by an IBM engineer named Edgar F. Codd, and it’s the core idea behind how to build a relational model.

If programmers spent time doing some basic research behind relational algebra and how the relational model works, then a lot of our job would go away. They would also avoid a lot of the pitfalls of using bad technology, and that feeds into MongoDB and document databases.

If engineers understood how relational databases actually worked and how freeing they are - how easy they are to manipulate and play with - then they’d understand why the document model of databases was abandoned in the ‘70s. It didn’t work in the ‘70s and it doesn’t work today, but here we are.

Personally it would have to be my ongoing project with my kids. My kids are my life-time project.

Technically speaking, my offgrid project would be my favorite. I’m getting my own solar panels and building my own off-grid stuff. Piecing it together myself - not buying a kit - I have to source the inverter and I want to be able to flip between on grid and off grid quickly and easily in case I lose battery or the solar panels. It’s a bit of an oddball requirement because it’s not typically addressed by most systems out there. I’m trying to make it all automatic, and then tie it all together with a computer at some point with automatic switching.

I hate that question because what motivates me is a challenge. If I don’t have a challenge then I don’t want to get up and do it. I’m really enjoying working with Command Prompt because somebody’s always going to come up with a new challenge, so I always get to work on something new and interesting. I like challenges - I don’t like sitting still.

The help files: Read the help files that come with whatever program you’re using. You should always start by reading the help files - be it the man page or the Postgres help pages. It’s the single greatest thing that programming languages offer in terms of learning resources because that’s where everything you need to know lives.

Googling for answers or looking on Stack Exchange doesn’t guarantee the right answer: So many engineers have tried to lean on Stack Exchange, but it usually blows up in their faces because it’s wrong. I’ll use it occasionally, but I always start with the help files.

Open Source is taking over the market as time progresses. It’s already taken over the server world and it’s slowly but surely taking over the database world because of high pricing. The cost motivator will continue to drive this change as the economic downturn continues to hit us. People will be able to fix their problems with Open Source and not have to worry about spending on closed source technologies. It’s going to continue to expand to other fields because people will be able to expand the use of a product as they need to instead of being trapped to a vendor’s desire to fix their code.

The only potential pitfalls are if they don’t keep the corporate minders out of it. Knowing the history of large corporations, I could easily see them trying to take a divide and conquer approach by putting people in key places. Like if someone gets into the Linux kernel, and they started adding issues or breaking it so that the code isn’t trustworthy. This would be absolutely intentional, so I see the pitfall being if we let these giant corporations in and they start contributing significantly more code and get on the steering committees. If they get on those committees I can easily see them torpedo Open Source in order to force users back into their loving, embracing arms.

As someone who has successfully worked from home, do you have any tips for those now working from home for the first time?

Stick to your schedule - follow the same schedule as you would if you were going into an office. Get up, take a bath, do all the basic stuff you do to go to work, get dressed, and work diligently that way. 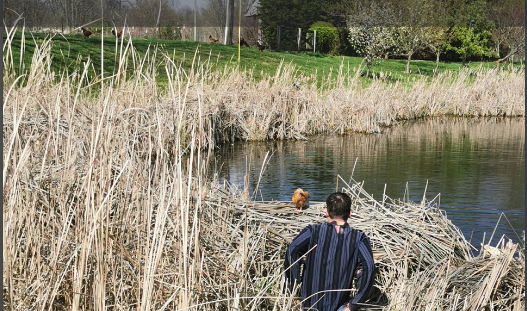 Working in my yard, farming, gardening, cutting down trees. In terms of farming and gardening, if it’s not edible I don’t grow it. I have chickens, but they’re pretty self sufficient - I just have to feed them once a day. I have them trained so that when I clap, they come and they know it’s food time.

Well, I’ve been swatted by a duck when it was mad and once you’ve been slapped upside the head by a small duck wing, I don’t want to think what that horse-sized duck is going to hit me with. That’s just terrifying, so I’ll take 100 small horses because you can outrun them. Believe me, if you get hit by that duck’s wing you’re in big, big trouble. That’s not a fight I want.

Potatoes: You can live off them and you aren’t going to die of malnutrition. Potatoes have all the vitamins and minerals you need. They’re also easy to grow. Finally, you can fry them or bake them or cook them all kinds of ways, unlike most foods. It’s one of those rare plants that covers the whole gamut.

What book should everyone read? Watch?

I think everyone should read Democracy in America because I think it shows a very important concept of society. How you’re supposed to work in a democracy or in a republic. It’s the story of how French aristocrat arrived in the US in the mid-1800’s and saw how democracy was working in America. I think it would correct a lot of false impressions around what a democracy actually is. Without a free society, you don’t have anything: You stagnate.

What’s one thing that everyone should watch?

Star Trek is a good philosophy flick. It has a lot of philosophy and science in it, and it’s inspirational for people, especially when you’re younger. From that perspective, I think it’s a good series to watch.

I like to call myself a jack of all trades, master of nothing. So I know quite a bit about manufacturing, ERP packages, Postgres, Python, FoxPro but that’s getting long in the tooth, and electrical theory.

Neither - I wake up when the sun comes up and I don’t even have an alarm clock. 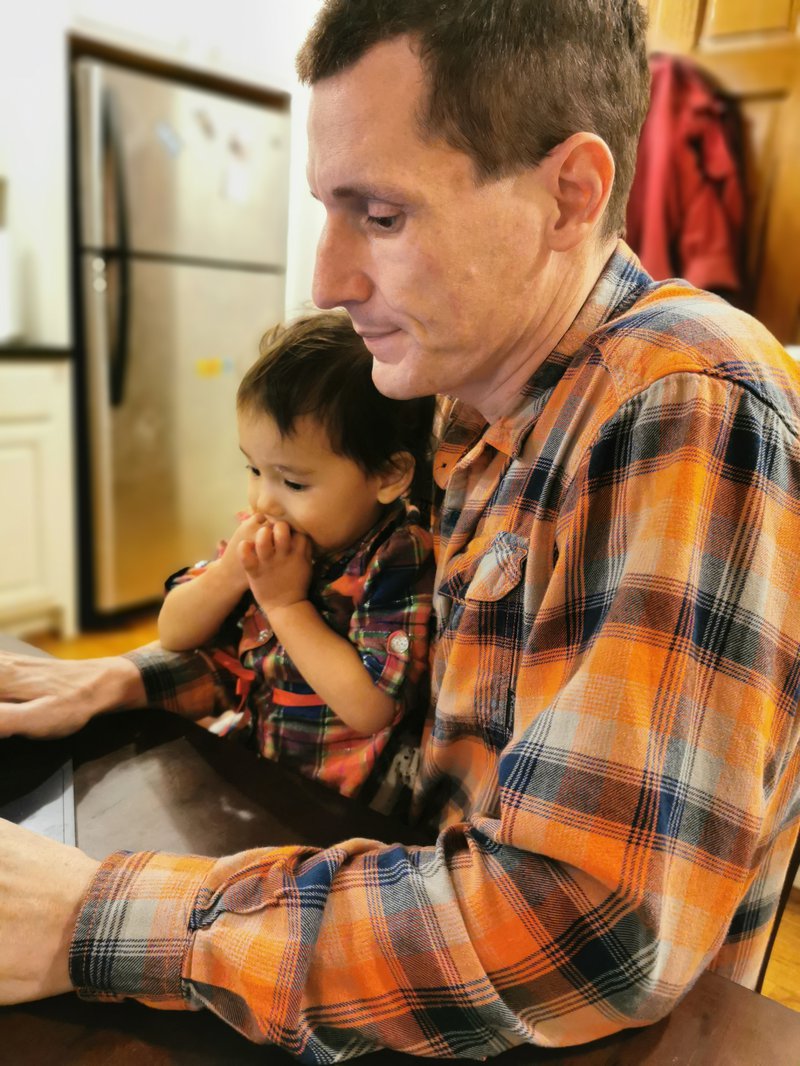 Professionalism Matters - Even When Working Remote

The COVID-19 Pivot: An Opportunity for Reflection