Command Prompt, Inc. is the oldest and largest dedicated Postgres support provider in North America. Since 1997, we have been developing, supporting, deploying and advocating the use of the World's Most Advanced Open Source Database. We are an Oregon corporation who enjoys the benefits of no outside investors, no debt, and being profitable, since our first day of business in 1997. 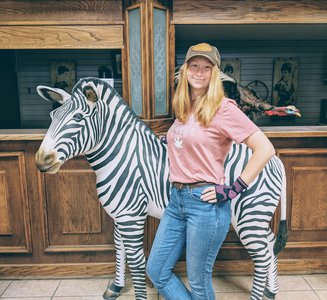 Amanda has been in the open source world for over a decade, with four degrees in communication, psychology, and science. Her role as the Chief Executive Officer has reinforced her passion for serving people, and ensuring the best quality service for clients and her team. She is active in the Postgres community as a co-chair of the international Postgres Conference series, focusing on the mission of People, Postgres, Data. In her life outside of work, she often finds herself traveling in a short bus named Intrepidus. Her favorite hobby is adventuring with her husby and frenchtons. 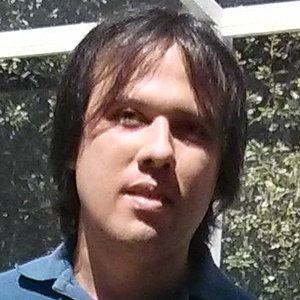 Ildefonso has been in IT-related jobs for over 20 years. He is an Electronics Engineer, having spent all of his university years working in research labs related to computing (from IT to AI). He is originally from Venezuela and now lives in the Sunshine State. He is married, has two children, and a dog named Julieta. Ildefonso’s secret to his success is listening to classical music while he works. He is a musician, with experience in classical and folkloric music, knows how to play the Oboe, the Mandolin, and the Venezuelan "Cuatro." No matter the task thrown at him, he accepts the challenge and finds enjoyment in solving the problem. 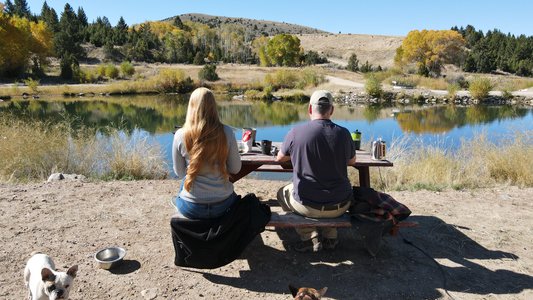 Joshua D. Drake (JD) is a long standing member of the PostgreSQL Community. He co-authored the original Oreilly book, "Practical PostgreSQL", is a Founder/Director and former President of United States PostgreSQL (http://www.postgresql.us/). Further he was a Director for Software in the Public Interest for 9 years (http://www.spi-inc.org). He is Co-Chair of Postgres Conference and helps organize many of the Postgres meetups in North America. An Infrastructure and Full Stack expert, you will benefit from well over 20 years of successful experience in Open Source implementation when working with him. 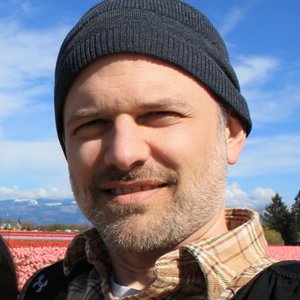 Eric has a long career designing beautiful databases (and administering not-so-beautiful ones) and writing monster SQL. He is a long time open source enthusiast and sometimes-contributor. Eric is an accomplished Python web developer. However, his most prized achievement is getting his sound card to work under Debian Slink. In his time away from Postgres, he bakes bread, kicks deer out of his yard, and ventures into the mountains of the Pacific Northwest. 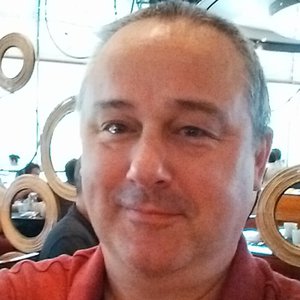 Andrew has been fascinated by robotics and artificial intelligence all his life and spent most of his spare time researching and experimenting, especially in the field of natural language understanding. He has over 30 years experience with database systems and *nix, half of that being PostgreSQL on Linux. He recently moved to Cebu for the challenge and so he could devote even more time to computer programming and research. 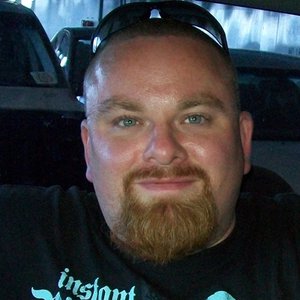 Ron has more than three decades of experience with UNIX/*BSD/Linux and is a former Debian Developer. Some of his interests include virtual machines, networking, security, cryptography, programming, distributed and parallel computing, robotics, artificial intelligence, and finding new ways to automate mundane tasks. In his spare time, Ron likes to fly drones, find new uses for Raspberry Pi boards, play video and board games, make things with 3D printers, travel, and spend time with his family. Ron was born on his grandfather's birthday and was named after him. 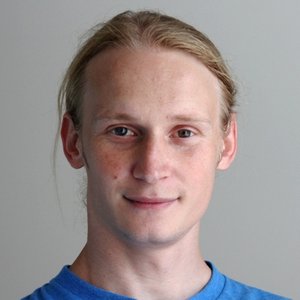 Eugene has been in the IT industry for 18 years. He began his career as a Linux system administrator at one of the top ISPs in his area. After five years working as a system administrator he decided to switch to software developing, still keeping his preference for open source software solutions and the UNIX operating systems. Eugene spends his spare time mountain biking, rock climbing, and being adventurous. He is interested in photography and ARM-based single-board computers. A fun fact about Eugene is that he got into programming just because he wanted to write mods to Quake2. 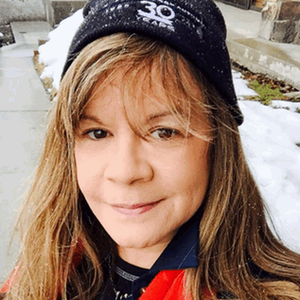 Debra Cerda has spent over twelve years as a business development professional within the water industry and technology sectors. She has been an open data, open source and Postgres advocate for over a decade. Debra is an organizer of the Austin Postgres and other major cities Meetup groups, as well as a co-organizer of the PostgresConf series. She also served as a Director for the US PostgreSQL Association. Her additional volunteer work includes diversity, equity, inclusion and justice initiatives in technology and craft beer. Debra is passionate about film, water, and craft beer – and her Chihuahua mix rescue Maris Otter. 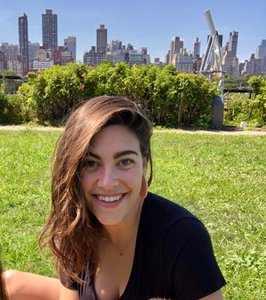 Lindsay is a seasoned events manager, having launched non-profit galas, organized conferences, and grown international meetups. Born in North Carolina, she graduated from Bucknell University with a double major in art and film. Her career has been trial by fire, planning her first event almost by accident. In her free time, Lindsay serves as the President of the Mouse Associate Board, which empowers students to use technology for good, and is one of the founders of the annual Luxury Party, benefitting women’s shelters across the city. She lives in Astoria, Queens with her partner and two cats, Winnie and Barnaby. 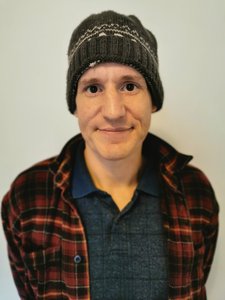 Justin has worked in the IT industry for over 20 years, covering most of the field from installing network wiring, to server hardware, to VOIP systems, to ERP/MRP application deployment to website development. Customization of ERP/MRP application focused on cost accounting methods and inventory control for Manufacturing implemented using PostgreSQL. Hobbies: mountain biking, beer making, organic farming, animal husbandry, and off-grid living. 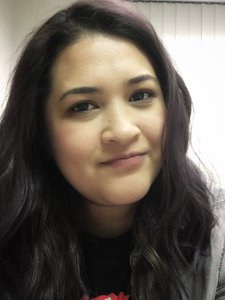 Tiffany has worked in project management, research, and data analysis since 2016. While obtaining her M.B.A., she managed consulting projects for the City of Los Angeles Economic and Workforce Development Department and the Hilton Foundation. After moving to Austin, Tiffany worked in Cloud and SaaS professional services as a data analyst and project manager of implementation and consulting projects. Her hobbies include freelance writing for entertainment sites, following Major League Baseball, and making fiber crafts. 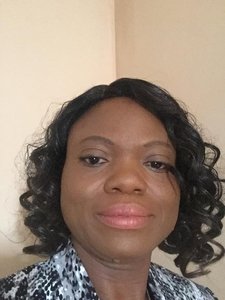 Felicia, a bachelor degree holder in Computer Science, entered the IT world to explore her passion for databases. She has been working as a Database Administrator on Oracle and PostgreSQL for a couple of years now. She has interest in Amazon Web Services and taking her career to the next level in PostgreSQL. Felicia lives in Baltimore with her family and enjoys singing, reading, sewing, and farming. 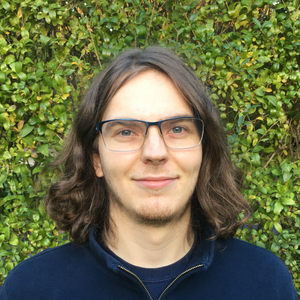 Andrea has split her time between programming and playing viola since the age of 10. She has degrees in Computer Science and Performance from Oberlin College and Conservatory in Ohio, where during her studies she worked in network operations and toured with her band, the Cornell String Quartet. In addition to Postgres and Linux, Andrea loves Rust, embedded programming, and distributed systems. Her hobbies include crochet, cooking with too much garlic, daydreaming about machine shops, and designing complicated solutions to simple problems. Andrea currently lives in Montreal with her partner Maya and dog Yoshi. 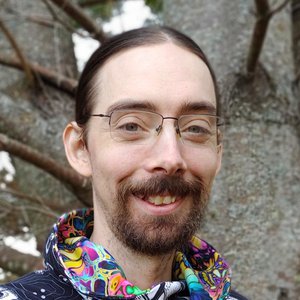 James has over eight years of experience working in higher education as a SysAdmin (and unofficial Postgres DBA), and holds a BS in mathematics and computer science from Clarkson University. He started programming when he was 12, on an Apple IIe. James has used Linux since the early 2000’s, and is a Gentoo enthusiast (yep, one of those). A couple of his interests are cryptography and automation. James lives in Maine with his spouse, five kids, and some number of cats. His hobbies include grumbling about the weather, baking, fixing things, losing to his kids in video games, and playing several musical instruments (poorly). 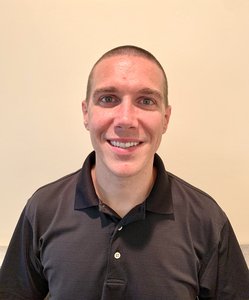 Zak is budding in the technology realm, but fits right in as a perpetual problem solver. He has an insatiable thirst for knowledge, improvement, and helping others. Zak loves to code and anything open-source, especially Linux. He is passionate about data integrity and using automation to increase productivity and life satisfaction. He holds multiple degrees, including Massage Therapy and Psychology. Zak lives in Oklahoma with his wife, daughter, and a pug named Percy Jackson. Zak enjoys reading board books to his daughter, playing chess, and has a purple belt in Brazilian Jiu-Jitsu. Also, he is vegan. 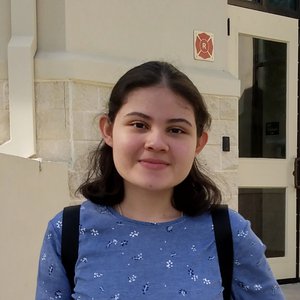 Maria is a dual enrollment student who wants to enter into a Mathematics major once she graduates high school. Her interest in computer science started after taking some online courses on web development and Python. She enjoys applying math and graphic design skills into computing and is eager to learn new things. During free time, she enjoys making ink drawings (mostly of her cat, Serenade), baking bread, learning theology, and doing volunteer work. 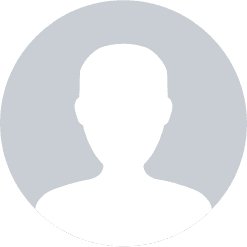 Work from home for the only company still operating from the beginning of it all! No Venture Captial, No Debt, No missed paychecks, No B.S. Just honest, consulting and support for the PostgreSQL Centered Stack! We seek someone who has a deep knowledge of at least one UNIX-like system (preferably Linux), and who knows how to manage heterogeneous systems. You can demonstrate strong skills in systems administration. You have a clear understanding of how to administer several systems that are mostly the same, but that have small local differences. If you do not feel comfortable saying, "I'm not familiar with that in your environment," then reading documentation, and coming back with a test plan for deployment that will reveal problems with your strategy, this is not a job for you.

Our Promise To You

We only provide services around and for Postgres. It is our technical love and passion. There is no other provider whose priority is Postgres.

At 23 years old, we are the first and only independent and substantial Postgres company providing Postgres services for more than 24 months.

We have a strong and growing customer base, residing in all current demand markets including FinTech, HealthTech, EdTech and Gaming.

We have a very strong relationship with the People, Postgres, Data community. Providing leadership and critical support services to that community.

As a private corporation, with no outside investors, we are only accountable to our families and our clients. When you call Command Prompt, you are greeted by knowledgeable staff who are trained and have experience with Postgres and the environments that Postgres operates with.